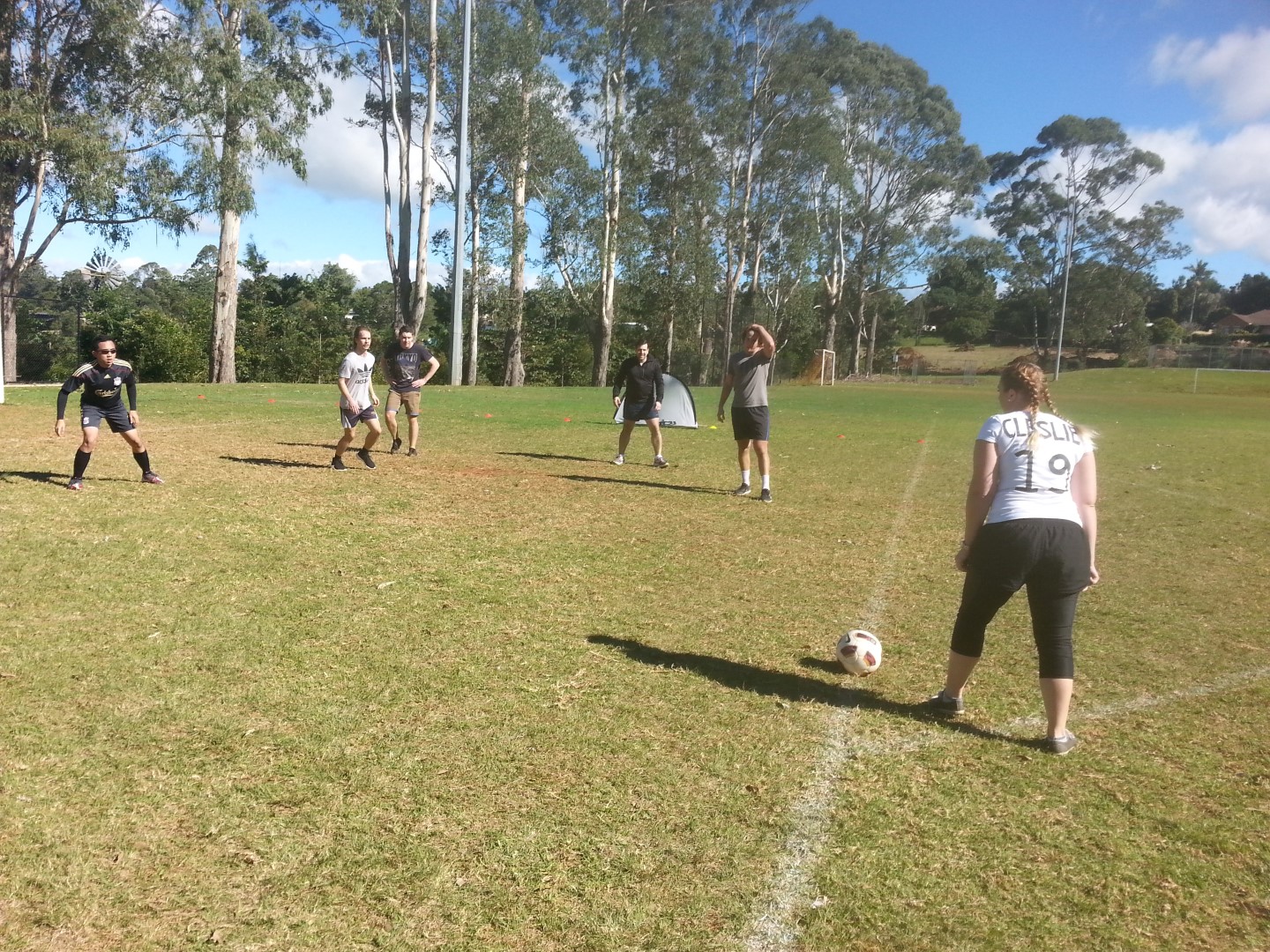 This past Friday, the staff of TNR celebrated the end of financial year with a get together in the hills behind Lismore. Despite the threat of a cool windy day, the warm winter sun made for a beautiful day at the Dunoon Sports club. We had a smorgasbord of activities to float between for our morning including 5-a-side soccer, 9 iron closest to the pin (or it might have been furthest from the pin by the looks of things?), bocce, tennis, ring toss, giant Jenga and a selection of board games and card games on the deck.

Morning tea and Lunch supplied by the club was well deserved and delicious after a busy morning. The afternoon was a more relaxed affair on the covered deck for the Olympics themed trivia. With each table representing a country, the competition was healthy but robust. Germany were clear leaders for most of the afternoon, with South Korea at the bottom of the pack (headed up by one of the TNR Partners who may want to remain nameless) meanwhile China and Japan were the most vocal with protests to the IOC (our social committee) and Kazakhstan were close to a coup over the answer to one question. But finishing up on the podium were China 1st with Hungary and Japan tied for 2nd. Japan emerged from the tie-breaker with the silver and Hungary a respectable bronze. The resident pug dog wanted to join us back on the bus to continue the festivities into the afternoon and evening but we were able to convince him to stay.

A great day for staff to relax after a busy financial year!

TNR and R U OK Day